Life Can Be Tough. You Must Be Tougher.

w you'd agree that life can be tough, and oftentimes we discover that we don't know our way around or through a problem. Life happens, and along with it unexpected issues, situations and crisis can throw you off balance, off course, and sometimes out of the ballgame altogether. It happens to the best of us. Fortunately, there are remedies that can help. I've produced and co-authored an amazing CD, "8 Principles For Positive Thinking" that offers empowering and enlightening insights that will impact 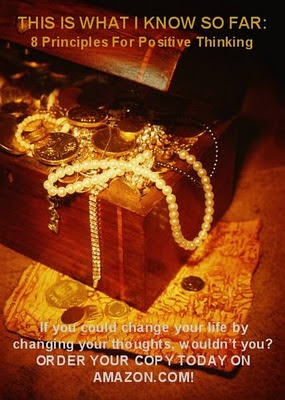 your view of life, and how we handle difficult and challenging circumstances. I share both common and uncommon sense concepts that I've used to get through some of the most gut-wrenching challenges in my life, including the untimely loss of my beautiful four year-old twin daughter who died in a tragic car accident. You'll learn stimulating thinking skills from the faith and the fortitude I developed through that tough period in my life, as well as many other positive thinking tools that give strength and wisdom for everyday living. "8 PRINCIPLES FOR POSITIVE THINKING" will inspire and encourage you to be a strong, positive thinker and motivate you to live your life more deliberately, confidently and courageously. I've learned that life can be tough, and I am committed to mastering the skills that it takes to be a tough thinker. You can, too."
- Silver Rae Fox

"8 PRINCIPLES FOR POSITIVE THINKING" is a sensible and sensitive, yet powerful perspective on life and how we handle it. It will RENEW and INVIGORATE your heart, mind and attitude! No "secret" formulas for success, no hard-to-understand, unrealistic approaches to happiness. You'll get 60 minutes of solid, smart, tough-minded thinking skills that can improve your life! And, it's EASY and AFFORDABLE!

"8 PRINCIPLES FOR POSITIVE THINKING" will help you develop the skills of a proactive and positive thinker! Don't allow life's difficulties and challenges to get you down and cause you to sink into valleys of despair and discouragement. Don't let the pain of loss, break-ups, financial disaster, pitfalls and uncertainly let you sink into depression and keep you there. Life can be tough. You MUST get tougher. It requires TOUGH THINKING. If you could CHANGE THINGS by CHANGING THE WAY YOU THINK, you'd do it wouldn't you? Then why SINK when you can SOAR?!!! Get your download today!
I want to order my DOWNLOAD NOW for ONLY $8.91!
ORDER NOW! You'll be glad you did!
Posted by FOXOLOGY No comments: 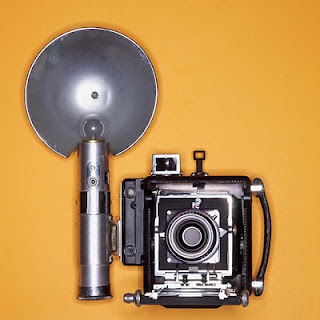 A PICTURE IS WORTH...
BLOOD SWEAT AND TEARS

EVER HEARD OF GEORGE EASTMAN? He was a high school dropout, judged "not especially gifted" when measured against the academic standards of the day. He was poor, but even as a young man, he took it upon himself to support his widowed mother and two sisters, one of whom was severely handicapped.

He began his business career as a 14-year old office boy in an insurance company and followed that with work as a clerk in a local bank.

He was George Eastman, and his ability to overcome financial adversity, his gift for organization and management, and his lively and inventive mind made him a successful entrepreneur by his mid-twenties, and enabled him to direct his Eastman Kodak Company to the forefront of American industry.

But building a multinational corporation and emerging as one of the nation's most important industrialists required dedication and sacrifice. It did not come easily. (Excerpt from Kodak.com, The History of Kodak).

WHY IS HIS STORY IMPORTANT? George Eastman sacrificed greatly to invent his product. He poured his mind and money into his creation, often finding himself drained in both areas. He became the brunt of laughter, disgrace and humiliation because of his financial adversity and failure. However, nothing stopped this incredible man from manifesting what his genius and imagination compelled him to create. His own dedication and belief didn't fail him, even when friends viewed his efforts as ridiculous. He not only launched his Kodak camera, but made history as one the wealthiest, most remarkable, generous businessmen and philanthropists of his era.

WHAT CAN WE LEARN FROM HIM? His story has always inspired me. I learn from his story that the elements of financial success are more than the need or greed for money. Can you imagine feeling something so deep on the inside, feeling so pregnant with an idea that you will never be satisfied until it gives birth to the world? That is what George Eastman felt, and he is still impacting the world because of it. If the truth be told, many of us would have to say "Yes, I have felt that, too". Well, what are you going to do about it? Maybe the world needs what you have, too.

WHAT'S MY POINT? The point is that our money-making idea may need to "get out". Some wealth comes easy, and some wealth is acquired by much effort, strain, stress, sacrifice, risk, blood, sweat and tears. For some, getting wealthy may fall somewhere between easy and not so easy. Since only about 5% of Americans are "wealthy", maybe this helps you understand why. It just ain't easy for everybody. Do-able, yes. Easy, not so much. That's what often stops us, but it shouldn't.

Keep in mind, you don't necessarily have to be a mega-millionaire to be financially successful. You'd settle for less, no doubt, as long as you could live as large as you'd like to, take care of your family, enjoy life. Regardless, to have big money, you often have to work hard, and work smart. That's just the way it is.

YOU HAVE WHAT IT TAKES. There are so many like George Eastman in the world. So many whose stories we know, and don't know. The lesson we have to gain from them is that if you want something bad enough, you have to be bold enough to work at getting it. His story is proof positive that you can. He didn't seem to have a special gift. No special education. No money to speak of, but he did have that quality that make us keep trying when everyone else thinks it's stupid to try again: he must have had great COURAGE. 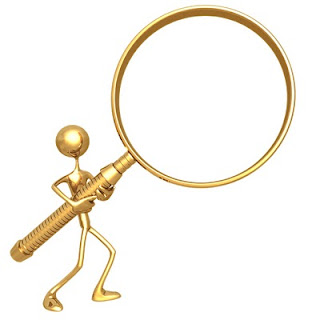 The word SUPERVISION means "a critical watching and directing of activities, or course of action." Let's "see" what we can learn from that:

The human eye has this incredible ability to focus, observe and gather information and see objects that are at great distances away. You probably don't think much about that when you gaze at beautiful sunsets, look awe-filled at the clouds in a bright blue sky, or see a plane soaring above you, but at that moment you are literally seeing objects that are thousands of feet in the distance, and literally millions of miles away. Anyone would agree that it is certainly a type of "super-VISION" that we possess.
Wouldn't be wonderful if it was as simple as that to focus on the needs of our organizations and its people, to observe and gather data and information that would quickly bring into view right strategies, plans and goals? Well, "seeing" isn't quite so simple when you're managing people, but nonetheless, it does require extraordinary SUPERVISION, a combination of keen insight, intellect and instinct to do the job well: Insight that helps you see a problem, analyze it, weigh the solutions and then KNOW WHAT TO DO. Intellect that comes from either education or experience or both, that TELLS YOU EXACTLY WHAT TO DO. Then, there's Instinct, a kind of JUST KNOWING WHAT TO DO.

The manager who operates without these keen insights into the needs of the people who contribute significantly to his or her success, or who misses the opportunity to exercise his or her experience and education to enhance the development of the organization's employees, or the manager who fails to realize that quick instincts are an ability that favorably impacts change and progress, may have a case of "blurred vision". Just managing, wielding power or believing that leadership is pushing people around is far from sharp focus on great supervision, or "seeing" the best practices for maneuvering a team.

SUPER-VISION is the ability to see people up-close AND at a distance, a critical watching and directing of the activities and courses of action that you manage and influence each day. Good managers and supervisors constantly "adjust their lenses" to see better, striving to see things in a new way, and in a better light. They are constantly focusing on better strategies to get through daily challenges and crisis at work. They can see the necessity and benefit of positive change, and most of all, they can see how employees can work WITH them and not just FOR them. These managers excel, because they see the people they manage as the valuable human resources that they are.