She is impressive. She is beautiful. She is smart. She is well-spoken. She's a movie star.

Those were my initial thoughts when I met "12 Years A Slave" co-star, Kelsey Scott today.

Not knowing quite what to expect, I exercised two seconds of caution as we were introduced. As my instincts kicked in, I smiled and gave her a hug, sensing an extremely warm and friendly demeanor coming from her.

As she smiled and hugged me back,  I felt the same kind of natural and genuine affection that I have often felt from my own daughters, an almost childlike embrace. She was sweet, but also had swag. She was graceful and elegant. I could tell she was special. I knew this was going to be a fun afternoon.


For the next two hours I talked with Kelsey about lots of stuff. We laughed a lot as she shared short stories and insights about herself and about her life, but her new movie and her love for her art were what we talked about most.

Her eloquence and her way with words amazed me. She phrased her thoughts without having to ponder or think very hard, and so much of  it seemed simply profound as I listened. I finally got around to asking her how she got started in acting, and her response was no surprise.

"I have been acting since I was six. I was a ham, and my mother looked for some way to channel it." At that early age, with the help of her Mother, the theatre became her first venue and love. As they say, after that it's all history. Today, she has become a successful screenwriter and actress.


With little provocation, Kelsey brimmed over with pride when we talked about "12 Years A Slave".

"I loved working with Steve McQueen," she said blushing, as she confessed that she also has an "actor's crush" on him. She clarified it as "artistic", a professional admiration that she feels about him.

"It was wonderful to work with him. He really trusts his actors. That they've done their homework and they'll be prepared.

"He trusted us all as artists. Joe Walker, the film's editor, says that Steve 'loves you into doing your best work.' I felt that. It's true." 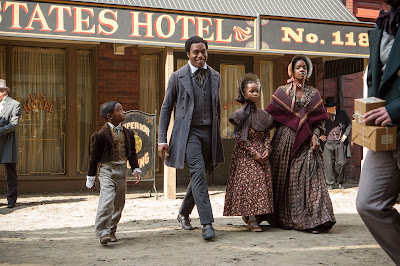 When asked what did she appreciate most about doing the movie, she was at no loss for explaining what impacted her most.

"I read the book first, of course. I asked myself, 'how is this going to be reflected in the film?' The movie is very true to the book. It is the actual story. To 'connect' emotionally, I thought about how I would feel if I was accused of a crime that I didn't commit and had everything taken away. My freedom. My comfort. My privileged life.

"When you watch it, it's hard to deal with that, but it's the truth. The word the press has been using to describe the film is 'harrowing'".


Having heard that the movie had so many tough and brutal scenes, and some viewers were being quoted as saying that it was to difficult to watch. Some supposedly have said that they had to walk out because of that. I asked how did she feel about some of the negative feed back.

"I have immense respect for Steve for not trying to make this story palatable, but to make it true. The press is right. It is a harrowing story. But there's hope in it. That's what you're feeling, that he (her husband, played by Chiwetel Ejiofor) will somehow get out of this situation. It really is a story of hope."

Landing her role as Mrs. Anne Northup required flying back and forth from Los Angeles to New Orleans several times before the deal was sealed. The first audition was actually for a smaller part. One callback led to another callback, and that ultimately led to a bigger role as Anne Northup, after making an impression on the director. It's a role she embraced and is still pinching herself about. 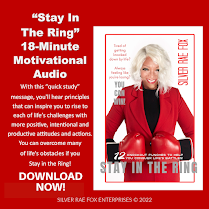